As many people who visited Damascus during Ramadan before 2011 would recall, the city had always been keen on taking a moment of deep respite to show its best of traditional culture and music. The flaneur inside the city, in areas like Bab Al Amara, Salheyi, Meidan and also Bab Touma would have noticed how the old cafes in Damascus would become theatre-like spaces where one could find a storyteller mounting the stage and donning his red Tarboush while telling love stories about heroic and charitable characters like Antar, Abla, Qais, Laila and King Baibars of the Mamluk period. The audiences, puffing on their Shishas, would look stupefied and wholly taken into the adventurous world of the main characters and into the metamorphosing sound bites of the storyteller. 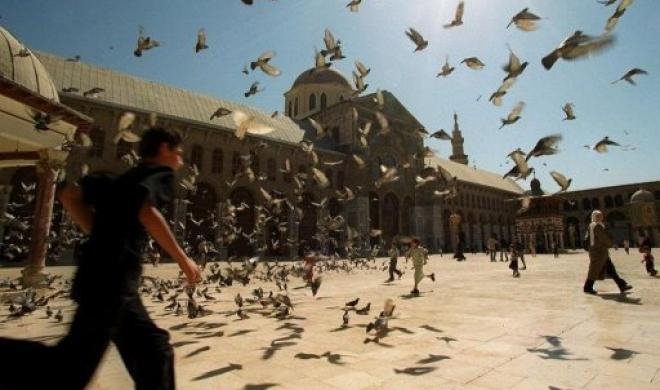 The Hakawati, as the storyteller is commonly known in the Arab world, would become the centre of attention for many people who were not necessarily diligent readers of print fiction, but rather keen listeners to storytelling. Inside the café, you would smell different kinds of tobacco flavours like the pure Latakia tobacco, called Timbak, and also light fruity flavours of Maasel. You will be offered a menu of non-alcoholic drinks the like of which will never be matched anywhere in the world. Damascus Ramadan is known for such widely consumed drinks like tamarind, liquorice, rosewater, and also Toot Shami, the special Damascus berry drink. You would observe the affability and charitableness of the goers to these cafes. People insist on buying each other drinks and Shishas. They also show a lot of sympathy towards each other, a practice which is now so needed as the nation is becoming rife with splits and divisions.

“The month of food” is the expression that many people in Damascus used to refer to the materialist, consumerist aspect of Ramadan. The people of Damascus had a habit that two or three days before the month starts, they would rush into markets to buy groceries for the entire month. They spend a lot of money on buying groceries because families in this month invite relatives, friends and neighbours for Iftar meals. The souks of Bab Sreije, Meidan, and Al Hal in Damascus would become the mecca for shoppers. Excessive consumerism during Ramadan takes a charitable excuse; even the poor usually would find themselves being offered food and clothe by the rich people of the city. One of the great things about Damascus was that in Ramadan you never feel that you are left alone. In the main open hall of the Ummayad Mosque, in the heart of the old city, the rich merchants of Damascus used to offer free meals for everyone else. Walk into the mosque in the evening and you will see hundreds of Syrians from all sects, religions and backgrounds share meals together in a very amicable environment. These days many Syrians in refugee camps in Jordan and Turkey fear that they are going to be left alone during Ramadan.

Sweetshops in Damascus in the old quarters of Meidan, Bab Sharqi and Salihiyya in the old city used to attract many people from across the country and also the wider region. The strong smells of Knafee with cheese, Baqlawa, and Qattyif with cheese and almonds fill the nostrils. Many of the famous shops in the old city relocated to Jordan and Lebanon in the last four years because of the ongoing conflict and war. The people of Damascus these days are likely to smell gunpowder in the areas as many sweetshops are now closed. 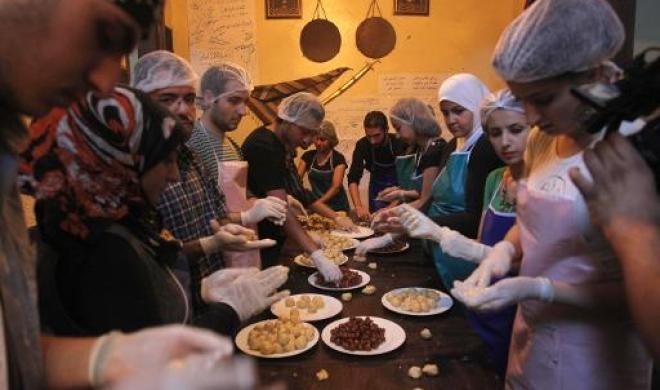 One important aspect that distinguishes Ramadan in Damascus is the city’s musical spiritualism. The callers for prayer during Ramadan in the Ummayad Mosque would look like a musical band with a conductor who would give the signal to the rest of the participants to start singing. Members of the band usually wear black suits with red Ottoman hats, a tradition which highlights the tension in a post-Ottoman Syria where there had always been this cautious move towards European style modernity. Before the call for prayers, the band would sing old classical Arabic Maqamat and Mowashahat and poems by the famous 13th century Sufi Andalusian poet Ibn Arabi. They would sing these lines by Ibn Arabi:

O Marvel! A garden amidst the flames.

it is a pasture for gazelles and a convent for Christian monks,

and a temple for idols and the pilgrim’s Kaa’ba,

and the tables of the Torah and the book of the Quran.

that is my religion and my faith.

In the evening in the mosques and Sufi shrines across the cities, especially in the old quarters of the Muhi Al Den area in the suburb of Salihiyya, where the poet Ibn Arabi is buried, you would encounter Sufi singing and whirling dervishes dancing to the music of the flute and the shrill voices of the singers. Many people who had nothing to do with Islam would likely feel their souls dancing to a moment of musical and spiritual enchantment.

Ramadan in Damascus encouraged a free flow of interaction between different religions. In the Azem Palace, a famous historic site in the old city, a Muslim-Christian event used to be held to celebrate the holy month. A band would sing Christian hymns and Muslim chants, delivering the message that the city is one of peace and love between people from all religions and backgrounds.

Many Damascenes still believe that the revival of these memories of Ramadan in Damascus should offer some hope for the rest of the Syrians across the country and among those living in the diaspora. As the region is increasingly sliding into a quagmire of religious extremism and political oppression, the hope remains that there are many good memories and historical events which need to be highlighted so that the present can be guided by the past or at least learn from the positive side of it. 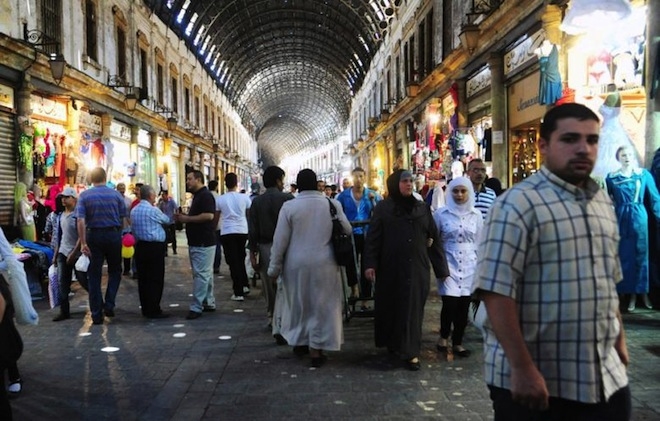 Mohammad Sakhnini is a research fellow at the Linnaeus University Centre for for Concurrences in Colonial and Post-Colonial Studies.