Despite the destruction now synonymous with its name, the author remembers Damascus, the Syrian capital, as a childhood haven of peace.

The last time I was in Damascus was eight years ago, when I returned for the wedding of my childhood best friend. It was August and the scent of jasmine perfumed the city. At that point I’d been coming back every summer, but this time was different. Because of Nora’s wedding and friends who were visiting me there, I spent those two weeks stopping at all the monuments of my past, saying good-bye without knowing it.

The old city was filled with students smoking cigarettes in the roadside cafés, and foreigners exploring the cobblestoned alleyways, armed with nothing more dangerous than cameras. We visited the flag- and flower-strewn statue of Salahuddin al Ayoubi, the sultan of Egypt and Syria who in 1187 fought off the Crusaders; it’s next to the Citadel of Damascus, a medieval stone palace and fortress. We walked through Hamidiyeh, the covered souk where you can buy barazek, Syrian biscuits made of sesame seeds, pistachios, and honey; chessboards inlaid with mother-of-pearl; and ridiculous feather-lined, diamanté-sequined undergarments (yes, Syrian lingerie is actually a thing). We went to an old hammam, where we were thumped and scraped by a dour woman who insisted that it was good for our circulation. We spent evenings in the city’s darkly lit piano bars, singing old ballads. We drove by my former apartment building in Mezzeh, which had been converted into offices for an NGO. Nora and I sat in her car across the street and looked up at my old bedroom window, remembering the sign my father had posted outside our front door: “Please use other door,” it said, even though there wasn’t one (people circled the building until they realized it was one of his jokes). I thought about standing at that front door after my father died. My brother and I had once again been sent back to Damascus by my mother, who feared for our safety in Pakistan. I looked at that sign and wished we had never left.

How do you lose a city? I should know; I’ve lost a fair share of mine.

I am not, in fact, Syrian. I was born in Kabul, Afghanistan, in 1982. My father, Mir Murtaza Bhutto, had been living in exile from Pakistan after a military dictatorship had murdered his father, Pakistan’s first democratically elected head of state. Shortly after my birth, my parents divorced and my father and I traveled to Damascus, where he met and fell in love with another exile—a woman from Beirut, Lebanon. (Her city, long embroiled in its own gruesome civil war, had been rocked by the Israeli invasion of 1982.) In the middle of all the violence and loss that my parents—all of them—endured, Damascus was a sanctuary that seemed inviolable. “Damascus,” Mark Twain once wrote, “measures time, not by days and months and years, but by the empires she has seen rise, and prosper and crumble to ruin. She is a type of immortality.” 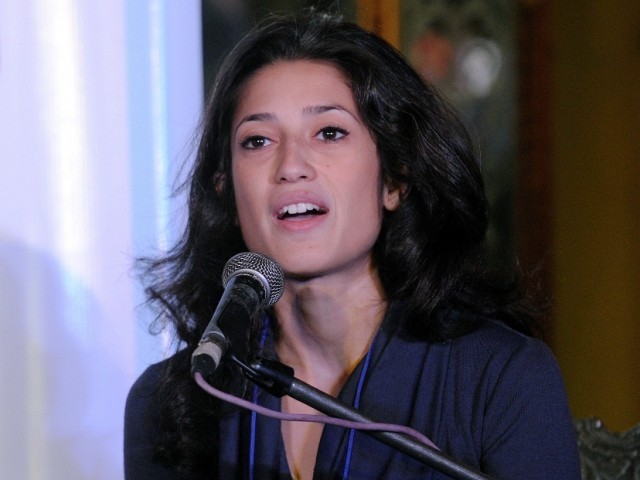 Syria had long been devoted to secularism, and my family, like so many others, immediately felt at home there. Growing up, I never thought of myself as a foreigner; I didn’t even know whether I was Sunni or Shia. My friends and I—Armenian Orthodox and Druze, Catholic and Muslim—walked down the roads of the Jewish Quarter; spent summers swimming in the freezing springs of Maaloula, where Christ’s Aramaic is still spoken; and went on school trips to the Umayyad Mosque in the old city, where gold-and-blue-tiled mosaics were made by Coptic, Persian, and Byzantine craftsmen.

This period was the happiest of my life, and the most peaceful. On weekends, my family and I would drive to my friend’s home in Bloudan, a mountain town 30 miles north of Damascus that dates to Roman times. As we played on the streets near the house, his father grilled meat in yogurt, garlic, and parsley and wrapped it in warm flat bread; he fed us his shish taouk by hand, the marinade running down the side of his palm. When we were older, we drove there without our parents and sat in cafés and restaurants by the river, drinking Almaza beer and gossiping late into the night.

It is this Damascus, in spite of the destruction that is now, sadly, synonymous with its name, that comes back to me whenever I hear Arabic, or the rolling percussive melody of Darabuka drums. War erases history, but its most dehumanizing force is the way it attempts to erase normalcy. How, for instance, mounds of sabbara, a bright orange cactus fruit, were iced in buckets by the roadside, where men with knives would peel its prickly skin for you to eat. How strolling home in the evenings, you’d stop for a shwarma, slathered with garlic sauce and bright pink turnip pickles. In shops and offices, the slow pace of doing business was sweetened with glass cups of black tea, spoonfuls of white sugar melting, as adults bargained in the old covered souks. I wonder if families still sit at the top of Mount Qasioun late at night, picnicking and smoking apple- and mint-flavored argeeleh, or water pipes. Do the Bakdash ice-cream men in Hamidiyeh still pound milky, gooey ice cream to the beat of drums? Do cars still honk incessantly in the streets during weddings and football games?

When I ask friends who visit family there, they say, “Oh, Damascus is not so dangerous, although so-and-so saw a building explode from her balcony. It’s not that bad, though you can hear shelling sometimes in the morning.” When I make a face, they make one back—“What do you know about it? You just watch the news. You don’t live there anymore. It’s not that bad.”

But I come from dangerous places and I know the meter of violence. It rises and it falls, but once you become acclimatized to it, you learn to live with it. This is its true terror.

I lost Damascus twice. The first time was when my parents ended their exile and I began mine: After 16 years abroad, my father contested the 1993 Pakistani elections and won the same parliamentary seat his father had held years before. We returned to Karachi, where we went from a life of relative tranquillity to one of turbulence and uncertainty. Within two years, my father was killed by police officers positioned outside our home. (No one was ever convicted of his assassination.) Just before his murder, my father sent me and my younger brother back to Syria—violence had become part of daily life in Karachi, a city besieged by killings and corruption, and Damascus was always our refuge. But now, amazingly, Karachi and Kabul are the safer of the trifecta.

Today, the landmarks of my past, and so many people who made that ancient city my home, are gone. Recently, I ran into my childhood friend at a literary festival; he left Damascus several years ago and now lives, like many Syrians, in Dubai. “And what about your family home in Bloudan?” I asked. He said it was gone, but I didn’t dare press him on what had happened. Some of my friends insist that the war will go on forever. Others promise it is nearly over. Who can say what will happen—beyond the explosions, the rebel fighters, ISIL and its gruesome cruelties, and the millions of displaced children.

Still, I’m comforted by the words of the Kashmiri poet Agha Shahid Ali, who wrote, “They will not have destroyed everything till the ruins, too, are destroyed.” Damascus is one of the oldest continually inhabited cities on earth. The Romans, the Turks, and Alexander the Great all made it the crown of their empires; later, the Abbasids, the Mongols, and even the French seized the city. It has been attacked, besieged, and conquered, but never completely demolished. When I am thinking clearly and not dwelling in the shadow of my memories, I know Damascus has lived a hundred lives—and will certainly live a hundred more.

Fatima Bhutto is the author of several books, most recently Songs of Blood and Sword, The Shadow of the Crescent Moon, and Democracy.