In mid 18th century, Damascus formed a hub that connected north to south, from Constantinople to Mecca, and east to west, from India and the Far East through Baghdad all the way to Cairo. For several months every year, pilgrimage constituted the backbone of the city’s economy as somewhere between 20,000 to 60,000 human beings passed through Damascus on the way to or back from the Holy City of Mecca. The Hajj (pilgrimage) was therefore a unique opportunity for commerce and business above and beyond its religious symbolism.

That was to gradually but inexorably change over the next 100 years or so. The process started with the treaty of Küçük Kaynarca in 1774, signed between Russia and the Ottoman Empire after a series of defeats suffered by the latter, and reached a climax with the inauguration of the Suez Canal in 1869. The 1774 treaty, in addition to forcing Constantinople to cede territories to the victorious Russians, stipulated opening the Black Sea to Moscow’s ships and commerce. It was therefore a matter of time before the newer, faster, and cheaper sea routes replaced the age-old land caravans that had passed through Damascus from time immemorial. So drastic those changes proved to be that by the late 1870’s the number of the pilgrims departing Damascus towards Mecca had dropped to somewhere between 1000-2000 persons. 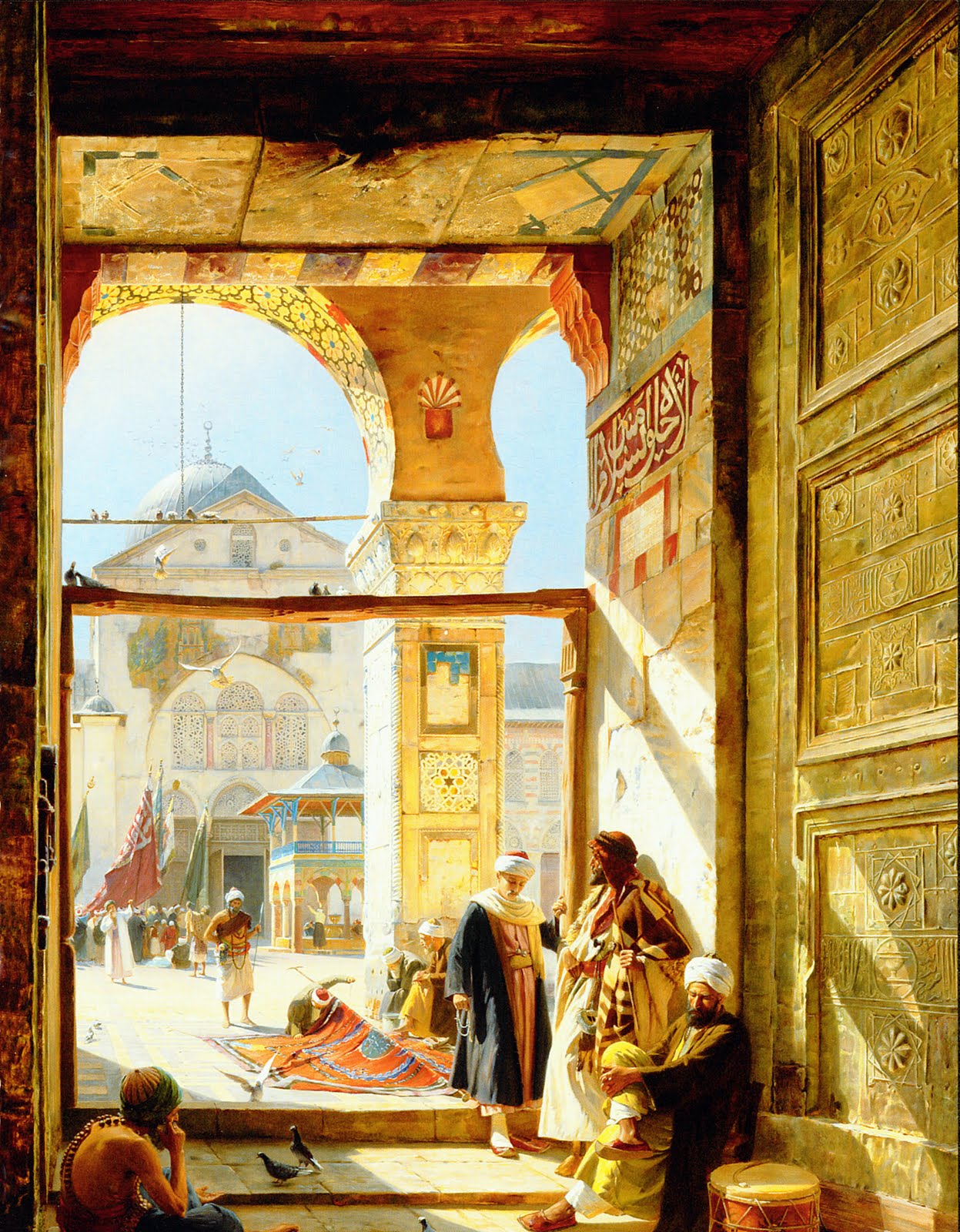 Damascus had to rebound from this setback and rebound it did. Starting in the second half of the 19th century, attention was turned toward improving land transportation as to enhance the city’s regional status. A stagecoach route was constructed between Damascus and Beirut in 1863 and eventually a railroad linked the two cities in 1895. This interval witnessed the rising importance of a rapidly expanding Beirut as Damascus’ harbor on the Mediterranean Sea, whereas the Syrian capital remained the last station for European goods before the desert.

All that did not signal the end of the pilgrimage as a religious symbol and source of immense prestige to the Sublime Porte as could be testified by the great Hijaz Railroad project. It did, however result in a paramount reorientation of Damascus from south (in the direction of Mecca) to west (in the direction of Beirut). We can still identify the numerous administrative, touristic, and municipal edifices erected west of the Old City as a testimony to this crucial development.

Remembering the Umayyad Mosque in Damascus
Scroll to top